The Growing Emergence of IoT and AI in Telemedicine Technology 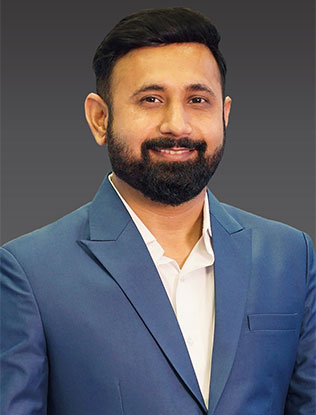 The world of today is way different to the world of a couple of years ago. Yes, you guessed it right – we're talking about the COVID-19 pandemic. It's changed the way we learn, work, eat and pretty much everything you could think of. One sector that’s been disrupted from head to toe has been the healthcare industry.

It's not that telemedicine technologies didn't exist before the pandemic, but it was nothing more than a whisper. Now that it's become a centerpiece in the industry, we're already seeing inventions taking it to the next level. In this quest for 'anywhere, anytime healthcare', the IoT and AI technologies are going to play a major role in the Telemedicine Mobile App Development. We’re about to experience a major paradigm shift in the way we’re diagnosed and treated. In this article, we’re going to get a glimpse of that. So, better brace yourself!

IoT and Telemedicine: A Match Made in Heaven

Before we jump to the impact of IoT on telemedicine, let us clear simplify IoT for better understanding. The Internet of Things (IoT) refers to a network of physical devices or “things” that are embedded with sensors, software, and other technologies to connect and exchange the data with other devices and systems over the internet.

In the telemedicine industry, there was a time when early adopters were pushing for it but patients didn’t adapt as it became more of video consultation and was lacking one potent weapon in its arsenal: remote medical devices. Now thanks to IoT devices, this gap is getting bridged at an astonishing speed.

Advancements in the IoT sphere have led to the innovation of cloud-enabled medical diagnostic and treatment devices. Using these devices and equipment, patients can easily measure their medical data such as pulse rate, blood pressure, temperature, etc. This data can be easily transmitted to doctors within seconds. Such wearable devices can keep track of all such medical data and give warnings in case of emergencies.

Let’s imagine a typical scenario - say you suffered a heart attack and someone called an ambulance. You’re taken into the emergency ward of the hospital and the doctors measure your pulse, oxygen, blood pressure, etc. Now, what if the wearables measure and transmit the data to doctors when you're in the ambulance itself? It could save a lot of time and as a result your life! Thus, IoT could prove to be a boon in case of such emergencies where every second matters.

Many parts of the world – especially the rural areas – still don't have access to a basic healthcare system. Often these people have to travel long distances to see a doctor, and many times that results in serious implications or even death. With IoT-enabled healthcare, doctors can see patients over video conferences and get the latest health data through devices. For example, in high-risk pregnancies, smart devices could notify doctors of any maternal and fetal health.

How AI can Disrupt Telemedicine

Contrary to popular belief, AI is a lot different to what we see in the headlines. You can think of AI as a machine brain that has data and logic fed into it and comes up with conclusions based on it. Put simply, AI does what our brain does but with the capacity and speed of thousands of brains put together.

AI has been a disruptive force across the world and so it will be in the telemedicine industry. As healthcare moves toward a virtual world than ever before, AI enables us to establish a system where doctors have real-time data on their hands and give data-driven treatments to their patients. Here are reasons why AI is going to be a force to be reckoned with.

While the work of IoT devices is to collect and feed real-time data, it doesn't have the brains to come to any conclusion. That's where AI comes in. On receiving the data, AI goes through its programming (logic) and past data to come up with a conclusion – diagnosis in this case. It not only diagnoses the disease but can also determine its severity. This system works multiple times faster than the conventional one where a lot of time goes into collecting and entering the data. AI wipes out this waiting altogether and saves a ton of time.

In emergency health crises such as the pandemic, doctors are left with no option but to treat as many patients as they can virtually. Now, all of us know how tiring it can be to sit and talk to people through a computer all day long. As AI automates things such as data gathering and diagnosis, the doctors need to spend less time on the technical side and help patients stay in good health.

We've all come across AI-powered virtual assistant technologies such as Siri, Cortana, Alexa or Google Home. Now, what if there’s a health assistant that monitors all your health data and sends you reminders or warnings for healthcare? This technology can be developed into robots that not only remind or say things but also assist you physically. Innovators are conducting trials of such technology which could be a blessing for many.

AI and IoT: Synergy that will Revolutionize the Healthcare

As we saw, IoT and AI both have their strengths. But they’re at their most effective when they’re applied together. A recent study conducted by The NextDREAM Consortium Group shows how potent this synergy can be. They applied it for the patients in need of diabetes care, where the insulin levels needed to be maintained. They automated the whole system – from measuring to pumping insulin. They concluded that the system was as effective as an expert doctor doing the treatment. This proves that Telemedicine Applications for healthcare in 2022 have a widening scope of flourishing.

Cybersecurity: The Biggest Challenge for AI and IoT in Telemedicine

It's no secret that the more we get technologically advanced, the more the danger of security attacks. In the case of telemedicine, the danger is at the highest as lives are at stake. As we saw, the IoT and AI technologies involve a lot of critical medical data, which in turn, helps diagnose and implement treatments. Cyber perpetrators could wreak havoc by tampering with the data, which could itself result in a pandemic-like situation if a large population is targeted. Thus, we can conclude that security is the biggest concern and all technologies will have to be developed keeping that as a top priority.

Remember when Steve Jobs launched the first iPhone? That event completely revamped the way we see and use our mobile phones. The world hasn’t been the same ever since and COVID-19 is likely to play a similar role for the telemedicine industry. One thing is for sure, we’ll have to habituate seeing healthcare with new lenses. No more we’ll have to wait for hours just to get a test or consultation done. Many things will be available right at our fingertips and new devices are going to enter our rooms.

Paresh Sagar is the CEO of Excellent Webworld, IoT, Web and Mobile App Development Company that helps startups and enterprises to enable mobility solutions. He has the best On-Demand Doctor App Development team and have a vast experience of developing healthcare application. He’s an avid blogger and writes on all the latest technology trends.

Don't miss out on the latest from RepuGen Get our newsletter.